God in the Machine: A Review 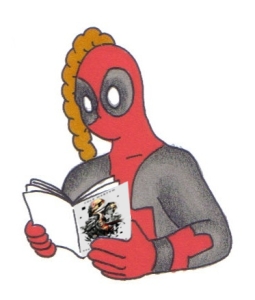 Team Space Lasagna took a look at God in the Machine, by Cole Martyn, as part of their #SPSFC pile for this week.

Okay, this story wasn’t exactly my thing, but that’s an entirely subjective viewpoint and I’m going to do my best to lay it out neutrally (my apologies in advance for my failure). A lot of the things I don’t care for in a story often turn out to be things other readers like, after all – and a lot of things I like turn out to be things the writing and reviewing community regularly put at the tops of their “Shit Authors Should Never Do (Number 6 Will Surprise You!)” lists. So grab a handful of salt-grains because here comes my opinion.

We open on a full-on cyberpunk dystopian ecofascist dictator speech, complete with fist-gestures and police action. Well-written and well-executed setup, even if it’s all too real and depressing. We meet Dash, who sort of seems like the main protagonist but is actually kind of a red herring. So was Benoît, who I have to say was really asking for it. Anyway, moving on.

The actual protagonists are Elias and his little brother, who are Ronin (not actual ronin, it’s just the name of the community they belong to but, counterpoint hey, did it have to be?) who live outside the metaphorically gated (or in this case literally domed) community of the Citadel – a vast sealed structure within which humanity hides from the steadily collapsing planetary ecosystem. Climate disaster has led to the complete subjugation of the human race under a technocratic fascist regime led by Autarch Vicentine.

When Elias turns out to have superpowers of some kind (I’m not spoiling anything that wasn’t in the blurb), I at first wondered if maybe it was the result of the “plasma extraction” that was going on as part of the ghoulish rich-people longevity sub-sub-subplot, but it wasn’t that. Elias was just a Nihon, all along. That’s what they’re called. Nihons.

Fun fact: Nihon literally means the sun’s origin and is the actual word for – the anglicised spelling of – the real word – it’s – Japan. It’s what Japan is. That’s it, that’s the fun fact.

Look, I’m not saying anything, I’m completely unfamiliar with the material since it’s not my thing any more than this book was, but I do appreciate a good visual and conceptual callback and this was … look, I just see it, alright? I can’t speak to any similarities in the stories themselves. I can, and will, speak to the similarities with Star Wars, but we’ll get to that. Oh yes, we’ll get to that.

Our young heroes discover a hidden community (a “rebellion”, if you will) with the help of an old man who begins to teach Elias in the ways of the generalised biosphere-powered Gaia-energy and who might turn out to have been really quite closely involved in the political development of the – you see where this is heading. With an enjoyable stopover in the dual trope of the martial arts grandmaster who refuses to teach the hero and “too old the boy is, teach him I cannot,” we work our way around to taking on the bad guys and restoring the republic to power after it was overthrown using emergency measures to place the Autarch in charge.

Yes, there was a certain familiarity to the story (we didn’t really need the “always two there are, a master and an apprentice”, or the “yes, give in to your hate and take your place at my side” stuff), but the thing you have to remember is, it’s a classic story and it’s not like the pop culture classics were original either. I’m not going to go full post-modern wankshaft on you but there are no new ideas ‘ere, mon ami. And look, if we’re going to get a hairy warrior-beast who kicks arse and takes names, Maximus is pretty damn cool and at least has a bit of agency. The training montages with Max and Eli were really pretty fun. And give me Martyn’s version of robots any day of the week. The sub-subplot of the AI’s history and trial (which folded into the main story nicely) was really interesting.

I did groanlaugh at the inclusion of a literal Hyperloop public transit system. Sure, maybe that’ll happen. It’s definitely a fun concept. But isn’t the Citadel self-contained enough to make just … trains good enough? Oh well. This isn’t the place for that argument.

Speaking of tech, fun fact #2: Carbotanium is a combination of beta titanium alloy and carbon composite. In this story it is described as a deep-down fossil fuel type resource that the Citadel is running on, demolishing the Earth in the process (and maybe using it to prepare to fly to another planet and start again? That sub-sub-sub-subplot didn’t seem to go anywhere but it was really interesting too!). It certainly makes more sense as a building material than a fuel, and I might have missed how that thread played out, but it felt tantalising to me. It ended abruptly with a cliffhanger but don’t be put off by the “book 1 of 1” on Amazon: the story continues (according to the product info) with the first phase of the God in the Machine short stories: Icarus, Hades and Nihon. So there is more to enjoy here!

Nothing. Zip. Nada. The male and female protagonists are young teens at best so that’s fine, but I don’t know. This is one case where a slightly older pairing and a bit of – well – pairing might have added to the story. Still, there are more important things and the book didn’t suffer for there being no time for sex. Half a tender unknowing sibling-kiss out of a possible entire-arse Targaryen dynasty.

The action was solid and enjoyable and there was plenty of firefights and downright brutal ethnic-cleansing style massacres. I think there might have been more opportunity for chilling ecofascist violence and psychological impact here – the plasma extraction was gross – but Martyn opted to go for full-on adventure rather than making this too dark. And that’s fine. Two-and-a-half flesh-gobbets out of a possible five.

I am left with questions. Like for example, Dash wasn’t authorised to disengage the autopilot or fly a hoverbike he’d stolen, so he … shot the interface screen … and that worked? The rebellion’s community guidelines state that anything that changes the natural make-up of the body is strictly off-limits. Where do they draw that line? Pretty easy in the case of cybernetic augmentations, but you can see where there’s going to be problems with this, right? Also, Max is nothing but things that change the natural make-up of the body. But sure. Oh yeah, and why is extracting plasma a more complex, painful and inefficient process, and only 15 minutes faster, in this cyberpunk dystopia than it is today? Is cruelty the point? As you can see, there are WTFs here – but they’re not exactly the WTFs I’m looking for (move along). I give God in the Machine an a-koo-chee-moya out of a possible it was truly a Hanzō sword. I don’t know.

This was a rich and imaginative story and the action kept up a good solid pace. I loved the worldbuilding and tech even if I poke fun at it here – like I said, this story wasn’t for me but it’s definitely going to be for a lot of people! I knew what I was in for when I saw the dude with the katana on the cover. Still less dumb than the Prequel Trilogy. Three stars on the Amazon / Goodreads scale.

I’m not often driven to introspection or reflection, but the question does come up sometimes. The big question. So big, there’s just no containing it within the puny boundaries of a single set of punctuationary bookends. Who are these mysterious and unsung heroes of obscurity and shadow? What is their origin story? Do they have a prequel trilogy? What are their secret identities? What are their public identities, for that matter? What are their powers? Their abilities? Their haunted pasts and troubled futures? Their modus operandi? Where do they live anyway, and when? What do they do for a living? Do they really have these fantastical adventures, or is it a dazzlingly intellectual and overwrought metaphor? Or is it perhaps a smug and post-modern sort of metaphor? Is it a plain stupid metaphor, hedged around with thick wads of plausible deniability, a soap bubble of illusory plot dependent upon readers who don’t dare question it for fear of looking foolish? A flight of fancy, having dozed off in front of the television during an episode of something suitably spaceship-oriented? Do they have a quest, a handler, a mission statement, a department-level development objective in five stages? I am Hatboy. https://hatboy.blog/2013/12/17/metalude-who-are-creepy-and-hatboy/
View all posts by Hatboy →
This entry was posted in #SPSFC, Edpool and tagged #SPSFC, book reviews, reading time with edpool, sci-fi. Bookmark the permalink.

1 Response to God in the Machine: A Review