A Tale of Two Survivors

I was interested, in the sort of ghoulish dark-humour way that seems to be the standard way of being interested in things in 2020, in two very different worldviews I’ve seen on display recently. It’s about authoritarianism, and it’s as polarised as everything else these days.

It’s no shock that the US is descending in a graceless shitshamble into utter latter-day capitalist feudalism of the worst kind, aided by a truly pathological leadership and enforced by police and militant groups who murder with impunity. Standing before this rising wave of fascism, there is this article written by and on behalf of the survivors of fascist regimes across the world:

We Don’t Know How to Warn You Any Harder. America is Dying.

It is a frightening and sobering read, and I urge you to take a look. Of course, if you’ve read even a small amount of the Hatstand’s political rantings it will come as no surprise to you that the spectre of right-wing authoritarianism looms over me and worries me a great deal. Whether it’s happening in Finland, the US, Australia, or anywhere else, it seems like a rising tide and it’s getting more and more difficult the more universal and government-approved it is. Soon we will look back and wonder where the line even was.

Then there is Victoria, Australia. The state that Melbourne is in, for those of you who aren’t up to date on Eastern States wank-demographics.

In Victoria, as in a lot of places, there are mandatory lockdowns and controls over the number of people permitted in a gathering. And a lot of people are up in arms about the draconian regulations and enforcement that is taking place.

I’m not even saying they’re wrong. If one thing has become very very clear to me, it’s that no country has handled this well – and if they have, we can’t trust the data we’re seeing so the best bet is to just focus on our own problems. I don’t like that but it’s the only approach left to me that feels rational.

Australians need to stop sneering down their noses at USians for “politicising” the concept of preventing the spread of a virus, though. Because they’re absolutely doing the same. You just have to look at the people in favour of letting this run its course / letting people take responsibility for themselves / not letting the economy fail, to see that there is an ideology driving that agenda. And our politics is becoming utterly ideological.

Anyway, this was a tale of two survivors. Because over in Socialist Victoria, the survivors of authoritarian Socialist regimes are warning us about going down the government-control path:

Victoria is reminding me of Poland in 1981.

Now, The Australian is about as right-wing a newspaper as you’re likely to find on the right side of the toilet bowl that is Murdoch’s playpen. And oh boy do I ever not care about the freedom of fucking idiots to endanger themselves and others. This is seat belts all over again. Just do as you’re fucking told, you fucking morons.

That being said, we are all being told different things by our respective authorities. They’re all pretty gorram shonky, and they’re all on the take from someone or other. The right-wing economic hand is easier to see. The wealthy want their slave-class to get back to work to make line go up. That’s pretty obvious, and I can’t ignore that agenda in any of these declarations of “liberty”.

But the people who believe in that shit – the one percent, the bootlickers, the sheep who’ve bought into the wolves’ scam, call them what you want – they really believe there’s some kind of threat of left-wing authoritarianism. And there have been socialist failed states in the past, I’m not about to argue that. Humans live to oppress one another. Doesn’t seem like anything is going to stop that.

I have a headache. I don’t know what I wanted to say here. All I know is it’s a lot. 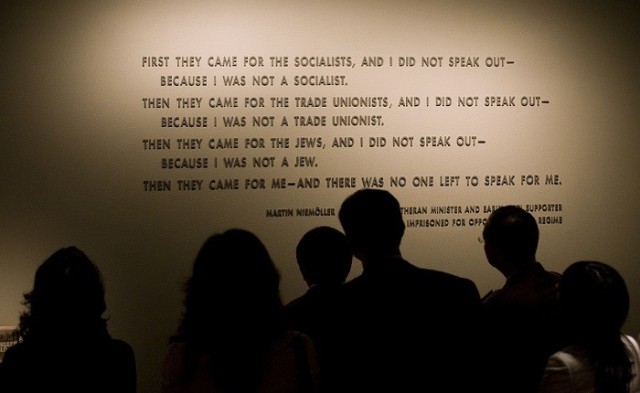 But let’s start with this.

Socialists, and those who believe in a unified humanity capable of selfless action, appear to be the first and greatest enemy of the would-be dictator. If you’re denouncing them, you should probably check yourself.

Because make no mistake: The people in power, and the people who own the people in power, have done the arithmetic. And they know it’s safer for their wealth to make us go back to the way things were in 2019, than to risk an economic collapse that will leave vast numbers of us looking up from our coal-face and wondering who the real parasites are. It’s fine if a few hundred thousand or a few million of us die. That’s happened before. But an actual ideological shift? That could fuck the dragons up utterly.

I’m not often driven to introspection or reflection, but the question does come up sometimes. The big question. So big, there’s just no containing it within the puny boundaries of a single set of punctuationary bookends. Who are these mysterious and unsung heroes of obscurity and shadow? What is their origin story? Do they have a prequel trilogy? What are their secret identities? What are their public identities, for that matter? What are their powers? Their abilities? Their haunted pasts and troubled futures? Their modus operandi? Where do they live anyway, and when? What do they do for a living? Do they really have these fantastical adventures, or is it a dazzlingly intellectual and overwrought metaphor? Or is it perhaps a smug and post-modern sort of metaphor? Is it a plain stupid metaphor, hedged around with thick wads of plausible deniability, a soap bubble of illusory plot dependent upon readers who don’t dare question it for fear of looking foolish? A flight of fancy, having dozed off in front of the television during an episode of something suitably spaceship-oriented? Do they have a quest, a handler, a mission statement, a department-level development objective in five stages? I am Hatboy. https://hatboy.blog/2013/12/17/metalude-who-are-creepy-and-hatboy/
View all posts by Hatboy →
This entry was posted in Hatboy's Nuggets of Crispy-Fried Wisdom and tagged covidposting, politics again, socialism, US politics. Bookmark the permalink.

2 Responses to A Tale of Two Survivors