What’s in the news?

U.S. President Donald Trump is facing impeachment proceedings, although whether anything will happen at last remains to be seen.

The lower house passed (45 to 11) an assisted dying bill in Western Australia that will legalise assisted dying. This is my dad’s special project so it’s good news for him. Next the bill goes through the upper house, which is technically a review board and should pass on such a huge majority … only they’re unelected officials who answer to religious yobs, so they may well still shoot it down with no personal repercussions. Remains to be seen.

Greta Thunberg addressed the UN with yet another impassioned plea for adults to do something so she can go back to school and be a kid, and a distressing number of people (including but not limited to Dan Simmons and a few folks I’m having increasing trouble considering worth knowing) decided to rant and rave about how kids should be seen an not heard (which is exactly her point, isn’t it?), and the left is weaponising children (project much?). Oh well. 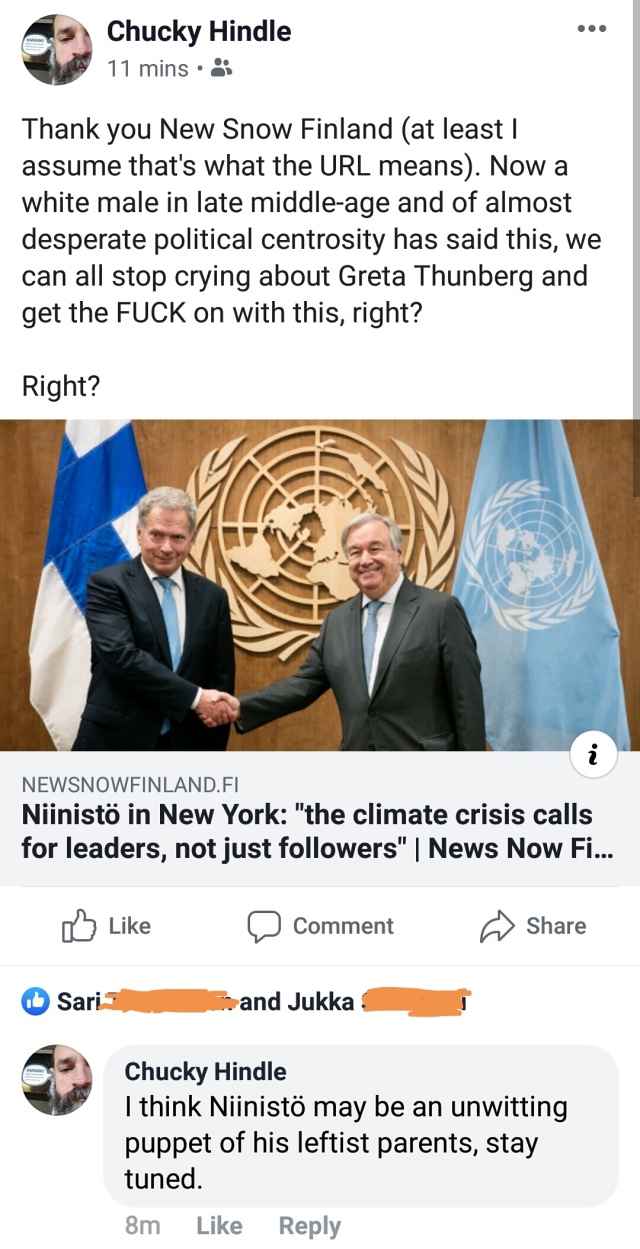 But President Niinistö has said the same now, so all you dumb pieces of shit can shut the fuck up now, right?

Installation of our solar panels took another step forwards, although the wrong clips came with the installation so the builders have gone to find the right ones.

My parents are doing alright, we’re not getting on each other’s nerves yet.

I am, however, getting absolutely fuck all time to write, so last night I decided not to bother with the second nineteen-part Maladin / Dunnkirk story which isn’t really written at all yet. I’ll just finish what I have an publish that, save the leftover story for later. It spoils the symmetry a bit but oh well. The Interludes can make up the tenth story in the set.

That’s about it for now.