So I have advertisements now. Sorry.

I activated the advertising thingy on the blog so now I have some ads running under the main post. Was going to add one under the sidebar too but it wound up with one ad above my right-hand menu and one below it, so it was just too tricky to navigate and I considered the Hatstand’s navigability more important.

Still, I have ads now. Sorry about that. I’ll keep you posted on how much filthy, filthy lucre it’s earning me. So far it’s been about five hours and I think I’m still on zero. That’s in euros though, it might be like one or two US dollars. Not sure of the exchange rate. Zing.

On another amusing note, I now have some limitations on what I’m allowed to post. But I checked into it and it doesn’t seem to say anything about my potty-mouth so I’m probably fine. I already don’t post unoriginal content or images of genocide and cannibalism. If it ever looks like the world’s getting bad enough that I need to start posting about such things, I’ll kick my advertisers in the head. But for now, they’re fine and you should really consider buying their products or services. Mostly, at a glance, right now I seem to just have ads for the advertisers themselves. Which is fine. Meta is good.

Due to the convoluted process of setting up, I also ended up with two highly entertaining e-mails practically back to back. See, I was partly sold on this premium plan by the assurance that I would automatically get advertising privileges (because I was paying for them) without needing to go through the review process the advertisers have for selecting their shillsites. Therefore, when I bought the plan and went excitedly to the advertising button, I was surprised to see that I had to send in an application for review anyway.

After I did that, I found the “just join up and start advertising you big beautiful bastard, you don’t need to wait for review” button (that I swear hadn’t been there before), and clicked it, and started advertising.

So then I got two e-mails. One (seemingly) auto-rejecting my application due to the low traffic on the Hatstand that makes me an unappealing advertising prospect, and one saying HEY HEY, WELCOME YOU BIG BEAUTIFUL BASTARD OH BOY IS YOUR BLOG EVER AN APPEALING ADVERTISING PROSPECT. 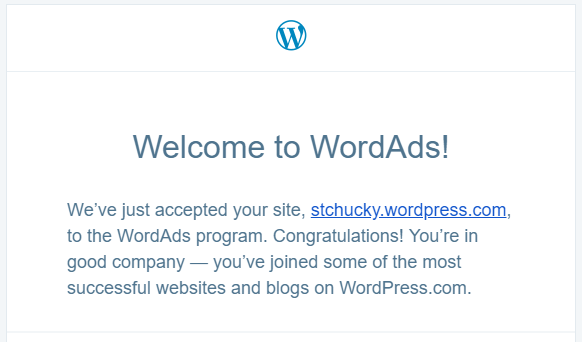 Anyway, enjoy the selly-outy new look and feel to the Hatstand. Everything else is basically the same.

Sorry about that too.

I’m not often driven to introspection or reflection, but the question does come up sometimes. The big question. So big, there’s just no containing it within the puny boundaries of a single set of punctuationary bookends. Who are these mysterious and unsung heroes of obscurity and shadow? What is their origin story? Do they have a prequel trilogy? What are their secret identities? What are their public identities, for that matter? What are their powers? Their abilities? Their haunted pasts and troubled futures? Their modus operandi? Where do they live anyway, and when? What do they do for a living? Do they really have these fantastical adventures, or is it a dazzlingly intellectual and overwrought metaphor? Or is it perhaps a smug and post-modern sort of metaphor? Is it a plain stupid metaphor, hedged around with thick wads of plausible deniability, a soap bubble of illusory plot dependent upon readers who don’t dare question it for fear of looking foolish? A flight of fancy, having dozed off in front of the television during an episode of something suitably spaceship-oriented? Do they have a quest, a handler, a mission statement, a department-level development objective in five stages? I am Hatboy. https://hatboy.blog/2013/12/17/metalude-who-are-creepy-and-hatboy/
View all posts by Hatboy →
This entry was posted in Hatboy's Nuggets of Crispy-Fried Wisdom and tagged advertising, I'm scamming you, out for a quick buck, shop kwik-e-mart and save, spam, you may already be a winner. Bookmark the permalink.

12 Responses to So I have advertisements now. Sorry.