Godzilla: King of the Monsters (a review)

Last week, Wump and I joined up with a small and discerning group of regular movie companions and went to see the sequel to … I want to say 2018’s reboot of Godzilla? No, that seems too recent … it was in fact 2014. And it’s also a sequel to 2017’s Kong: Skull Island. 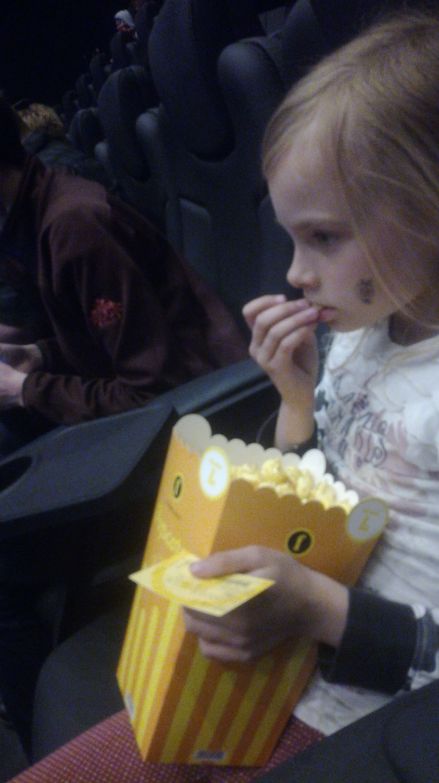 You could tell it was a fun night out because Wump had all the snacks. Incidentally, she got ID checked on this one so she was eleven. Not letting my child suffer the trauma I did by being barred from A Clockwork Orange. Although I might make sure she’s at least a teenager before we watch that one.

Anyway, at about the movie’s two-thirds point Wump leaned over and asked me, “why does the mum keep on making such bad decisions?”, which suggests to me that she was well and truly old enough to see this movie. Charles Dance and Ken Watanabe and the impossibly heroic CGI artists did their best to carry this movie but at no point were any of them given a decent handhold to work with so the result was a massive fumble.

See, the problem with Godzilla movies is that you need to find a balance between the monster action and the human drama. And to do that, you need decent writers. And that’s almost always overlooked in Godzilla movies because how much writing do you need for a movie where a huge giant lizard stomps buildings? Godzilla (2014) did pretty well because they managed to make Godzilla a compelling character even though they let us down a bit with the paint-by-numbers nuclear family drama. Kong: Skull Island downright nailed it by making Kong a character, and giving us a collection of interesting human characters who pretty much all got creamed by the monsters. As they rightfully should.

Godzilla II: King of the Monsters dropped all these balls, by crowding the movie with beautifully rendered but soulless monsters (and I know, I’m usually all about the empty BSTs, but this was a mess), giving them nothing to do but shout (like, really annoyingly unnecessarily loudly) and blast at each other (inconsistently and pointlessly) in a confusing dark greyscale jumble, and topping it off with a big mess of human characters who were utterly forgettable and also there was a nuclear family drama. Oh, and just to make sure none of us missed the clumsy groundwork for Godzilla Vs. Kong next year, the nuclear family had suffered a loss in Godzilla (2014) and the dad now hated Godzilla like Bruce Wayne hating Superman, and it was just as quickly forgotten by the end (and without even the mildly hilarious justification of their mothers having the same name). 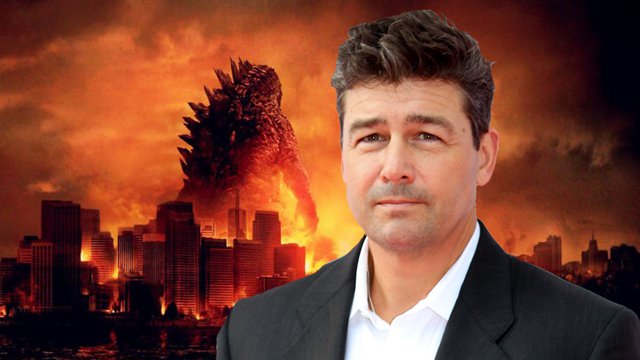 Seriously, if this goober had actually gone nuts and become Batman to kill titans, it would have been a better movie. Instead we got some variant on that theme by the mother, but she got it even wronger. Either one of them could have had an incredible grief arc but instead we got fuck all and the humans were utterly pointless afterthoughts.

I was mildly tickled by the inclusion of the Mothra fairy twins from the classic Godzilla movies, and I had a couple of laughs, and like I said the monsters were amazingly done … but none of them got the attention they deserved. There was too many of them, too suddenly – and too unjustifiedly – in this movie and it meant they were all just wasted. And the darkness, the shaky-cam, the angles, the speed of the cutting and changes … I can only imagine a Japanese Godzilla movie-maker of old seeing this movie, knowing what we have the technology to show in movies today, and weeping for how lovingly and lingeringly he could have made these movie monsters wreak their destruction. No more quick shots so people don’t see the zippers and strings. No more cardboard. You can slow-motion, 360° that shit.

There were some good performances. The effects artists clearly did as they were told and were let down by the higher-ups. The writers were clearly janitors. And that’s not to belittle the janitorial staff, but they clearly had enough on their hands cleaning up after the army of slobby CGI renderers and disposing of the bodies of multiple people Charles Dance killed just by looking at them.

I guess I’ll watch Godzilla Vs. Kong. But this one really didn’t seem like a worthy addition to the kaijuverse. I’ll give it a Pacific Rim 2: Uprising out of a possible Pacific Rim Presents Glenn: The Untold Story of a Dino Disposal Expert.

I’m not often driven to introspection or reflection, but the question does come up sometimes. The big question. So big, there’s just no containing it within the puny boundaries of a single set of punctuationary bookends. Who are these mysterious and unsung heroes of obscurity and shadow? What is their origin story? Do they have a prequel trilogy? What are their secret identities? What are their public identities, for that matter? What are their powers? Their abilities? Their haunted pasts and troubled futures? Their modus operandi? Where do they live anyway, and when? What do they do for a living? Do they really have these fantastical adventures, or is it a dazzlingly intellectual and overwrought metaphor? Or is it perhaps a smug and post-modern sort of metaphor? Is it a plain stupid metaphor, hedged around with thick wads of plausible deniability, a soap bubble of illusory plot dependent upon readers who don’t dare question it for fear of looking foolish? A flight of fancy, having dozed off in front of the television during an episode of something suitably spaceship-oriented? Do they have a quest, a handler, a mission statement, a department-level development objective in five stages? I am Hatboy. https://hatboy.blog/2013/12/17/metalude-who-are-creepy-and-hatboy/
View all posts by Hatboy →
This entry was posted in Hatboy's Movie Extravaganza and tagged film reviews, godzilla, king of the monsters, movie reviews, movies. Bookmark the permalink.

2 Responses to Godzilla: King of the Monsters (a review)