The Green Lantern (a review)

Looks like a week of scattered random movie reviews. Ah well, so be it.

I ran into this 2011 classic on Netflix, and after all the slamming of it – mostly by star Wade “Ryan ‘Deadpool’ Reynolds” Wilson – I figured what the heck. Might as well check it out.

This movie came out right around the time Marvel’s Phase One was kicking off[1]. The unseemly clearing of the throat that was the early comic book movie uptick was over (the first Fantastic Four movies, the first big Hulk movie, Superman and Ghost Rider and so on), and the X-Men had already been going strong for a solid decade. Marvel had its shit well locked-down by this point, but DC’s clown-filled failure train to Meh-phis Tennessee was just gathering momentum.

Harsh? Maybe. The more I read about The Green Lantern, the more I realise my initial gut feeling was right. This movie had all the right pieces and the audience was ready – the movie just got monumentally fucked up somewhere in the creation process. And since it’s a DC, I guess we all know this story by now. Back in 2011, though, it wasn’t quite such a finely-tuned movie-fucking process.

Still, I was amazed at the talent involved. Not only is Reynolds a solid (albeit gloriously schlocky) silly-action actor, but he was joined by Mark Strong, Angela Bassett, Tim Robbins, and Taika Waititi. That’s right – before Waititi put together one of the most impressive psychedelic alien-centric superhero movies ever made, he learned from all the mistakes of this one.

And this is to say nothing of the wasted voice talent. Michael Clarke Duncan, Temuera Morrison, Geoffrey Rush and Clancy Brown? Oh my God. 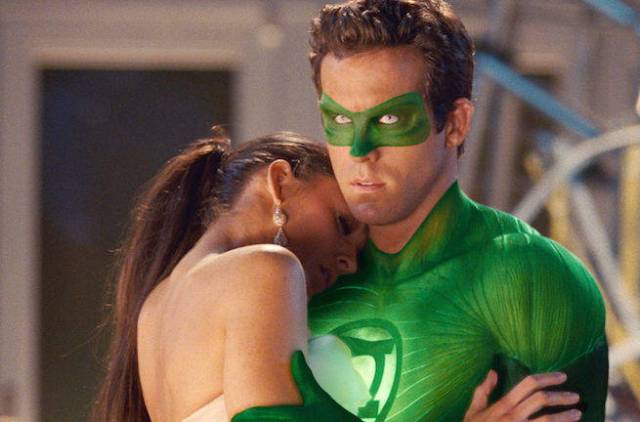 And, of course, the leading lady and love interest of the movie was Blake Lively. I’ve never seen her in anything else, but this was the movie where she and Reynolds met, and now they’re married. So you’d better believe that character pairing had chemistry.

Every piece of this movie was good. I got a bunch of solid chuckles out of it. There were some clanging lines and some ridiculous decisions, but I’ll leave it to Cinemasins to point those out. And the suit was desperately stupid. From what I read in the trivia, there was a clash between Reynolds and the director which led to Reynolds just plain hating this movie. I doubt he could have saved it anyway, but the Deadpool franchise has shown what he can do for the success of a movie he really loves, so there’s that.

But all in all, this movie just reeked of sweaty DC inadequacy. We get a peek at Waller and her secret agencies, but it goes nowhere. We finally get a DC movie without pointless goddamn ninjas and Ra’s al Yawn, and the villain is a bland CGI space blob and an admittedly creepy but could-easily-have-been-creepier infected human sidekick. There’s a bit of angst about being brave and being a hero and not quitting stuff, but it’s actually pretty bearable … and yet we’re still left with no real investment in the characters or the stakes. 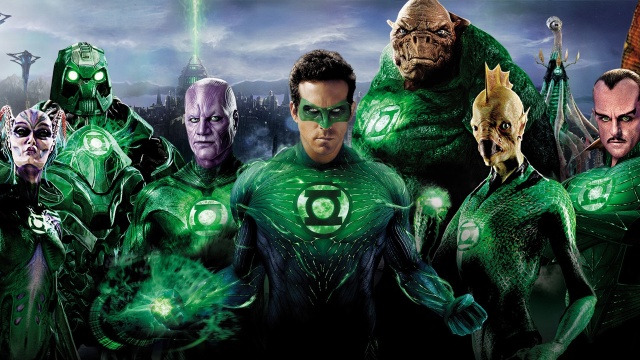 You know what could have single-handedly saved this movie? A five-to-ten-minute training / ramp-up montage where Jordan has to Green Lantern on a bunch of other planets in his sector, saving bizarre aliens from incomprehensible issues, and getting absolutely baffling gestures of appreciation in return. That would have ruled hard. But no. We couldn’t get that. Who cares about not-Earth? Right Taika? Oh wait.

And just three years later, of course, we got Guardians of the Galaxy. As if to say “hey DC, remember that Guardians of the Universe thing you tried? Turns out it wasn’t the audience’s fault it failed. Yeah, nah, it was probably sunspots, you’re right.” 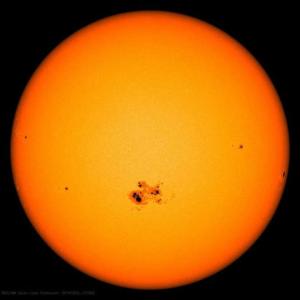 And by “sun” I mean “DC executives”. And by “spots”, I mean “sucking at making movies”.

Worth watching just to see what all the “oh my God The Green Lantern is so bad” fuss is about. But otherwise, eh. Don’t waste your evening. I give this movie six Green Lanterns out of a possible Deadpool.

– Posted from my Huawei mobile phone while sitting in the carpark after work.

4 Responses to The Green Lantern (a review)