Today is my big sister’s birthday. Happy birthday Clare, I hope you have a great day and we’re thinking of you over here in scorching Finland.

But unfortunately, today’s blog post isn’t about my sister. It’s about somebody else’s sister. Somebody’s sister who is now lying dead.

Eighteen-year-old Nia Wilson, was murdered on Sunday night. Stabbed at a train station by a homeless man suffering (according to his family) from systematically untreated bipolar disorder.

This is appalling. It always is, when a person loses their life. But especially when it is a young person full of potential.

It certainly sounds as though the system failed murderer John Cowell at every turn, even if in my unsympathetic view he sounds like a rabid animal that should have been put down years ago[1]. Perhaps there was a way back for him, once. But this isn’t about him.

[1] Yes. All humans are animals. Some are more broken and badly-trained than others. Most, I like to think on good days, can be helped.

Unfortunately, this isn’t about Nia either, although I dearly wish it could be and will do my best to make it so. I would prefer to make this about my own sister, rather than turn a happy day into a big sorrowful bummer. But that’s not what was meant to happen today. This is about Nia. And about the community, the society, the undeserving species of balding primates, that she for some unfathomable reason loved.

Reading the New York Times article about the tragedy was … an experience. There were all the gut-wrenching testimonials from her family and friends, about how civic-minded and kind Nia was. But the story took an even more troubling turn.

Nia’s high school boyfriend, apparently, recently died in a boating-related accident. Another tragedy, to be sure. The family and friends held a vigil, and somebody opened fire on the mourners. One of the mourners, sixteen-year-old Reggin’a Jeffries, was killed. Nia was there. Nia stayed with Reggin’a until the ambulances came. And not long after this Nia herself was murdered, stabbed in the neck.

They held a vigil for her.

And it seems as though the Proud Boys showed up to protest it. I say “seems as though”, because there’s no clear news about it that I could find with an admittedly lazy search. A lot of conviction, and a lot of accusations, and a lot of sorrow and hurt. Someone was assaulted, and (again) it seems as though that someone was a Proud Boy. In which case I would feel quite confident in saying he got what he richly deserved. But again, there is a lot of mixed information floating around. According to some of the information, the stabber was himself a Proud Boy, and was tracked down and arrested in part due to efforts on social media. Which is … a rabbit hole right there. But I dug into all this as much as I could. Too many comments sections, and now I want an asteroid the size of Madagascar to just put us all out of our misery.

Which would be a shame, on my sister’s birthday.

I don’t know whether the stabbing was racially motivated. I don’t know whether the shooting was racially motivated. I don’t know if white supremacists turned up to protest a vigil for a murdered teenager. I don’t know anything much about the other murders that took place recently on the same train system, although there were apparently three (this stabbing; an altercation that later led to a death from an infected cut; and a beating and head impact on concrete resulting in brain death, I’m so glad I have journalistic integrity).

And I don’t know much about the methods and motives of Shaun King, whose public social media post on the topic is what brought all this to my attention (and apparently his efforts helped bring Cowell to justice as well). I’m afraid what I do know about him, I don’t think much of. I certainly can’t bring myself to approve of his facial hair.

But in this case, I feel his words have merit and so I am repeating them here, by way of a signal boost.

As you may know, on late Sunday evening, while riding the train in Oakland, a white man targeted two young Black women on the train, without ever saying a word to them, and killed one – a beautiful young soul named Nia Wilson, an 18 year old high school student, and critically injured her sister – stabbing and slashing them both with a knife – then simply walking away.
I spent all day yesterday doing everything I could to make this story into national news and was prepared this morning to come on and talk about how we needed to work harder to find Nia’s killer, but I am glad to report that at about 6pm West Coast time, John Lee Cowell, a brutal man with a history of violence across his entire life, was arrested and charged with Nia’s murder.
I wanna comment on a few things about this case that grieve me.
Nia Wilson, above all, was a teenage girl. She was a high school senior – the exact same age of my oldest daughter. And yesterday, after just a few hours of sharing her story, I saw something truly sick starting to unfold. First, a local news station in the Bay Area shared an image of Nia holding what looked like a gun. Why did they share that image? What were they trying to convey? And, as it turns out, she wasn’t holding a gun in that image, it was a cell phone case with a gun handle. It was a basically a gag – and the local news showed it like it said something about Nia’s character. She literally posted nearly 1,000 wonderful photos of her life on Instagram and Facebook, and they chose that one.
Even in death, local news media finds a way to demean us. It’s why I believe so much in having our own outlets, our own platforms, our own morning shows, where we define our own stories and narratives without that type of ugliness.
Secondly, last night in Oakland thousands of people, including members of Nia’s own family, showed up to her outdoor vigil. Now I don’t need to explain this to our listeners, but this was a moment of pain, and grief, and support. And white supremacists from the group Proud Boys, wearing red Make American Great Again hats, literally showed up to interrupt the vigil.
Let me pause right here for a moment.
Never – in the entire history of this country – will you find an example of white people coming together to grieve the brutal murder of their loved one – the day after it happened – only to have their grief physically interrupted by belligerent Black folk telling them that they are worthless. It’s never happened. It never will happen.
How cruel, how evil, how heartless, how crass, how foul do you have to be, how rotten must you be from the inside out, how dry and dead must your soul be – to have the idea that you want to interrupt grieving people and demean them the day after their loved one was murdered?
I wanna linger here for a moment because I think it gives us a real glimpse into the sick psychology of exactly who we are dealing with and fighting against. They interrupt our grief because they don’t even really see us as fully human.
Let me close with this final thought.
This morning I saw the video of the arrest of John Lee Cowell. Police don’t draw their guns. They don’t slam him to the concrete and put their knees into his back while putting on his handcuffs. They don’t Taser him. They don’t choke him.
You’d think they were arresting a man for writing a bad check or stealing a shirt from a department store.
And so often after we see a horrible incident of police brutality against Black folk, we talk about how American police need more training and better training. I’ve said that myself, but police show us over and over and over again – with white men who are considered armed and dangerous – who’ve just brutally murdered people – that they are fully willing and able to remain calm, and cool, and collected, and methodical – whenever they feel like it.
All these years we thought they needed to be trained on how to make a peaceful arrest – and it turns out they’re great at it – even with the most vicious and violent murderers – if they’re white.
We’re not saying that the police should’ve beaten or choked or shot or maimed or Tasered this man, we’re saying that we want unarmed, non-violent Black folk to get the same treatment American police are so willing able to give dangerous white murderers.

This, I feel, bears repeating. 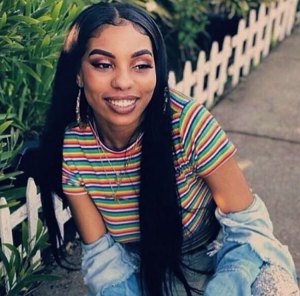 I’m so sorry you had to die, Nia. And I’m bitterly angry because you didn’t have to. My best wishes and kind thoughts to your grieving family, and for a world that is poorer for having lost you.

And to my own wonderful sister Clare, again, I wish a happy birthday. This stupid, ape-infested rock has taken us one more time around the sun, and I was thinking about you.

– Posted from my Huawei mobile phone while on the bus.

I’m not often driven to introspection or reflection, but the question does come up sometimes. The big question. So big, there’s just no containing it within the puny boundaries of a single set of punctuationary bookends. Who are these mysterious and unsung heroes of obscurity and shadow? What is their origin story? Do they have a prequel trilogy? What are their secret identities? What are their public identities, for that matter? What are their powers? Their abilities? Their haunted pasts and troubled futures? Their modus operandi? Where do they live anyway, and when? What do they do for a living? Do they really have these fantastical adventures, or is it a dazzlingly intellectual and overwrought metaphor? Or is it perhaps a smug and post-modern sort of metaphor? Is it a plain stupid metaphor, hedged around with thick wads of plausible deniability, a soap bubble of illusory plot dependent upon readers who don’t dare question it for fear of looking foolish? A flight of fancy, having dozed off in front of the television during an episode of something suitably spaceship-oriented? Do they have a quest, a handler, a mission statement, a department-level development objective in five stages? I am Hatboy. https://hatboy.blog/2013/12/17/metalude-who-are-creepy-and-hatboy/
View all posts by Hatboy →
This entry was posted in Uncategorized and tagged activism, black lives matter, in the news, journalism, murder, nia wilson, rabbit hole, shaun king, tragedy. Bookmark the permalink.