I won’t be adding another full report here but I will include a bunch of pictures, and caption them.

Pictures provided by the inestimable dreameling, and hilarious photoshops by DJ Kalakukkos. He didn’t want to appear online, so out of respect and long friendship, and also full compliance with GDPR regulations, we offer this compromise. 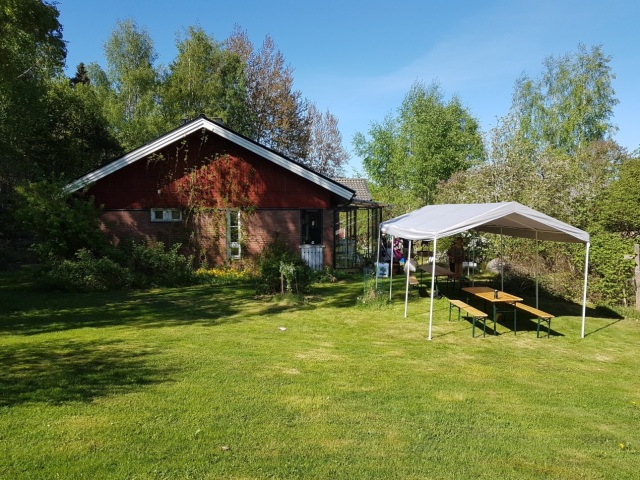 It was a beautiful day and the yard looked glorious.

The entrance to Bar Äijä’s and the main house was also set up to receive visitors. And, later in the evening, billions and billions of mosquitoes.

Cheap, nasty tent purchased at hardware store. Otherwise not bad, but the bolt-holes were badly drilled so bolting it together was a bitch.

The manual (yes, I read it) clearly said “do not assemble while children are present” but no matter how many times I told them to fuck off, they would not fuck off.

Vuta and Mrs. Hatboy and Mrs. Vuta all had a hand in the preparation of the deer. Well done to all concerned.

It was absolutely delicious.

I believe Heikki righteously stuffed himself. Although the six or seven “very Russian” White Russians he had me make for him probably didn’t help. 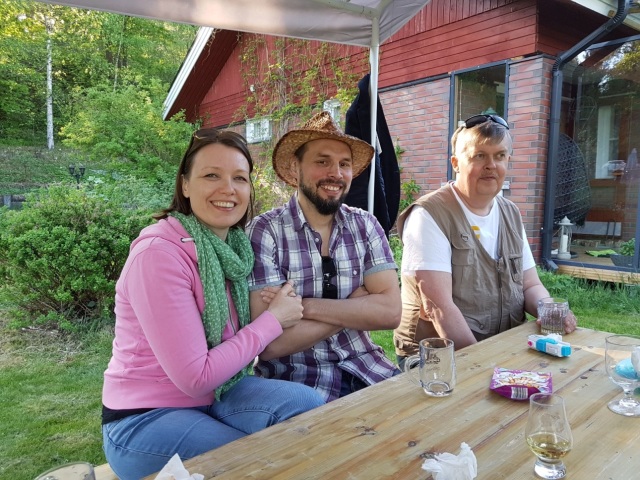 Marleena, Mr. Marleena, and Jarmo were also in attendance, and quickly formed a solid (ex-)Lionbrides table.

Anna was there, and also DJ Not Appearing In This Blog. 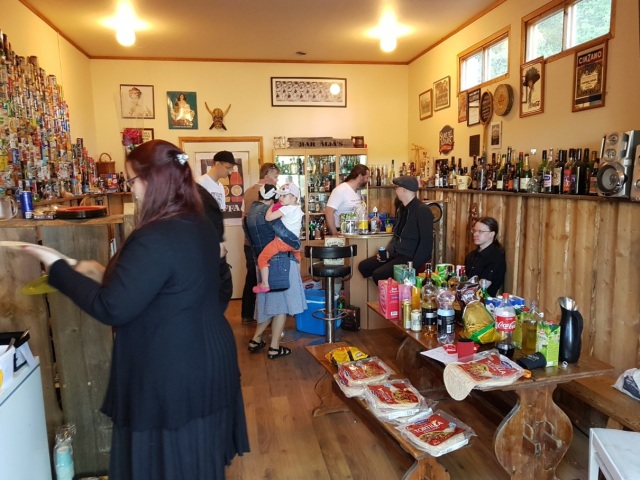 The bar did steady business but wasn’t particularly rushed. With the barkeep only on part-time duty, everyone was lost and didn’t know how to get drinks. Which is weird. But it got most of them out of the door by one in the morning so I’m not complaining.

Another of my fabulous gifts, the new Bar Äijä’s drinks dispenser with Hindle family crest. I will rhapsodise more about this in an additional post, I think.

Mr. Fahrenheit once again caught on camera stuffing way too much of something into his mouth at once.

dreameling and Fahrenheit. I think I posted this before but it’s too good not to post again.

The kids’ playground is overrun.

DJ Kalakukkos shows off his hat. So does Pia. 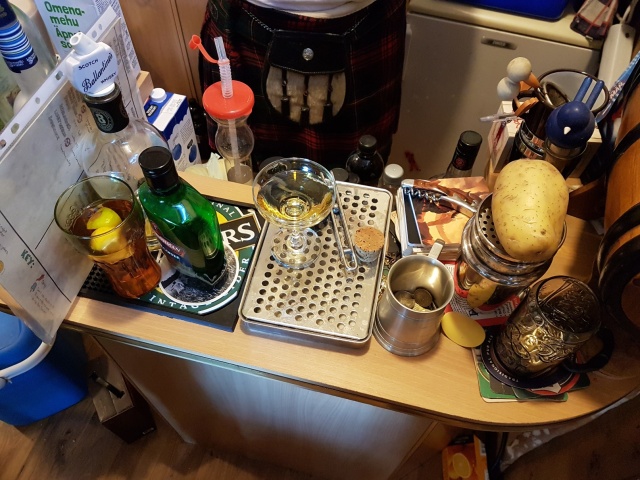 The bar, from an angle I have never seen it before and consequently found quite disorienting. Potato present.

I will, given a chance to take a couple more pictures, make a third separate bonus post about the lovely gifts I received from everyone. But for now, this is what I have time for.