Thank you all again for an excellent night! We cracked on until almost 04:00am and my voice is completely gone, but much fun was had. Hope everyone got home in one piece and nobody feels too bad.

Special congratulations to Kristiina and Christina for their great performance in the pub quiz, and kudos to Kristiina for so generously allowing Christina to take the prize even though they should rightfully have split it. Further care must be taken in future for ties, as well as the Lowest Scoring Eejit Participation Medal. Just remember, the difference between victory and defeat can be as small as a drawing of Mister Goggles.

This event’s fabulous prize, even though Bad Cow isn’t officially done yet. Knife and Kindle not included.

And of course a huge thank you to Ilja for his great music and excellent company as always. It was a grand night, and excellent atmosphere and apparently it was also Bar Äijä’s 4th birthday, which is nice.

My regrets to those who couldn’t make it and to those who may or may not have over-imbibed in the course of the evening, and may as a result have been carried home, slept with their heads on dirty laundry, have hangovers, and so on. Just for example.

It was a night of terrible drywhistle, and many a whistle needed to be wet. It was also a night of testing for the new Bar Äijä’s Chromecast music system, but apparently we’re going to need a new WiFi router to make it work properly. But it’s progress! 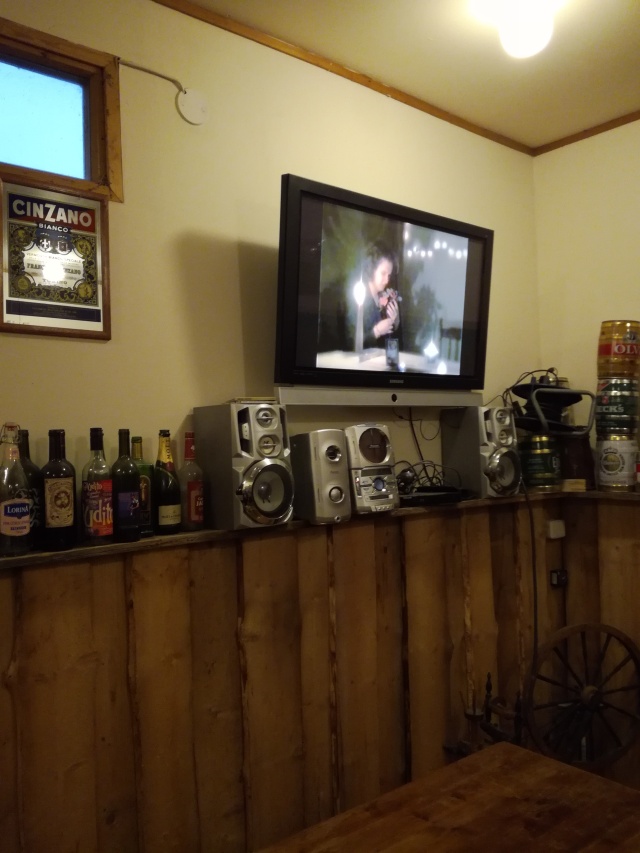 Thanks again to you all.