Scouts Guide to the Zombie Apocalypse: A Review

This good-bad/bad-good splatter comedy was our second movie of the night. I was immediately infuriated by the lack of an apostrophe in the title. I mean, they could have put it basically anywhere. But I tried to look past that and see the movie for what it was. 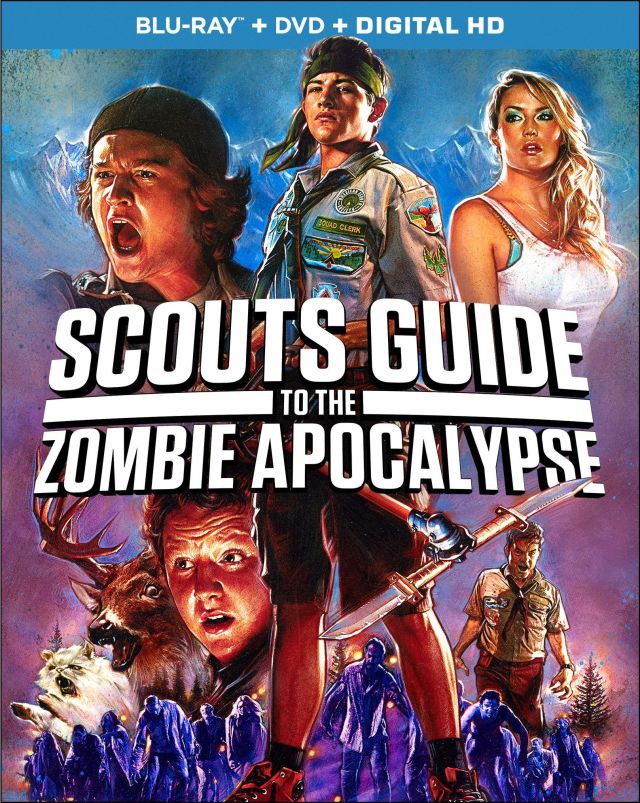 Which was basically summed up by “good-bad/bad-good splatter comedy” and ought to have no surprises after you’ve read the title and gotten past the apostrophe thing.

This was a hilarious but rather unsurprising romp that delivered everything it promised. A little group of boy scouts, desperate to be accepted in an aptitude-hating world and acquire popularity and sexual attention in the most juvenile way, find themselves at ground zero of a zombie outbreak. After returning from a camp-out to find most of their home town already converted, they set about saving the day with the assistance of a plucky stripper.

I mean, with the indispensible butt-saving heroism of a plucky cocktail waitress. No, for real.

With this entertaining premise, a lot of excellent splattery violence and some amusing divergences from the Zombie Apocalypse trope (and some equally amusing adherences to it), this was a fun movie to eat snacks and drink booze to. It was no Shaun of the Dead[1] or Tucker and Dale vs. Evil, but it was a solid Zombeavers. 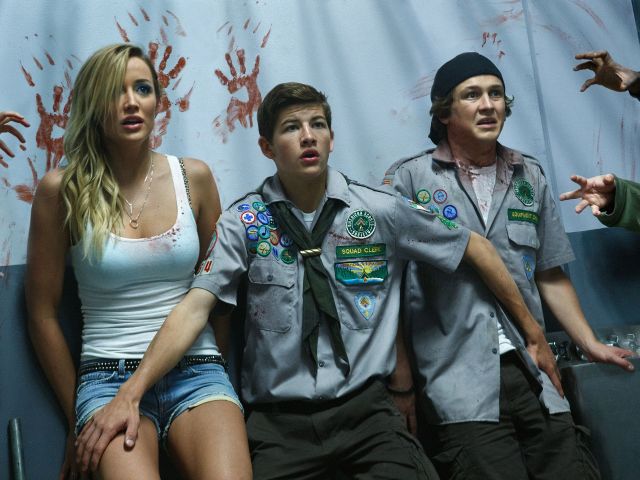 One of the boy scouts was actually Scott “Cyclops” Summers from the new X-Men reboot, but we’ll get to that tomorrow. Probably. I’m not ruling out the possibility of a connectivity event between the movies, with Cyclops as a lynchpin.

All in all, delightful entertainment although not exactly a must-see unless you’re doing some sort of Master’s thesis on the zombie phenomenon in popular culture. 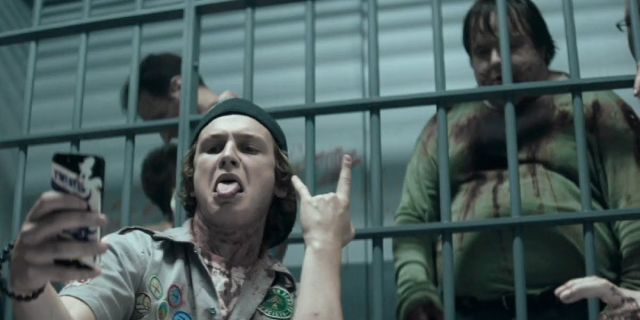 I’m not often driven to introspection or reflection, but the question does come up sometimes. The big question. So big, there’s just no containing it within the puny boundaries of a single set of punctuationary bookends. Who are these mysterious and unsung heroes of obscurity and shadow? What is their origin story? Do they have a prequel trilogy? What are their secret identities? What are their public identities, for that matter? What are their powers? Their abilities? Their haunted pasts and troubled futures? Their modus operandi? Where do they live anyway, and when? What do they do for a living? Do they really have these fantastical adventures, or is it a dazzlingly intellectual and overwrought metaphor? Or is it perhaps a smug and post-modern sort of metaphor? Is it a plain stupid metaphor, hedged around with thick wads of plausible deniability, a soap bubble of illusory plot dependent upon readers who don’t dare question it for fear of looking foolish? A flight of fancy, having dozed off in front of the television during an episode of something suitably spaceship-oriented? Do they have a quest, a handler, a mission statement, a department-level development objective in five stages? I am Hatboy. https://hatboy.blog/2013/12/17/metalude-who-are-creepy-and-hatboy/
View all posts by Hatboy →
This entry was posted in Hatboy's Movie Extravaganza and tagged boy scouts, movie reviews, movies, splatter comedy, zombie apocalypse, zombies. Bookmark the permalink.

2 Responses to Scouts Guide to the Zombie Apocalypse: A Review