I would be remiss if I didn’t at least mention the new teaser trailer for Guardians of the Galaxy Vol. 2.

I’m not entirely sure what to make of this. Of course it’s impossible to really decide based on a teaser, and they’re really giving nothing away.

We see that yes, Baby Groot is still around, and it appears as though the original cast has returned (because the actors would be insane not to). Yondu is now more prominent, by the looks of it.

I’m worried that Drax is apparently now capable of a figurative, poetical “there are two kinds of people in the universe” philosophy. I hope this is explained hilariously in preceding and subsequent dialogue.

The gooey purple text is a bit strange, but that’s the purple Infinity Gem, right? And something about it just screamed “cheesy sequel” to me, and that would be a fun approach for them to take to the marketing.

No hint of new music yet, the trailer just had the old Hooked on a Feeling riff that was used so well in the original. Now, I guess it depends on whether they’re going to follow the successful format of the original and run the risk of overblowing it, or if they’re going to head in some new direction and hope to make a sequel that isn’t a bigger, paler shadow of the first movie. They’ll either make a second “mix tape” soundtrack like the first (and as was hinted at the end of the first), or they won’t.

Meh. Like I said, there’s not much you can say from just this teaser. 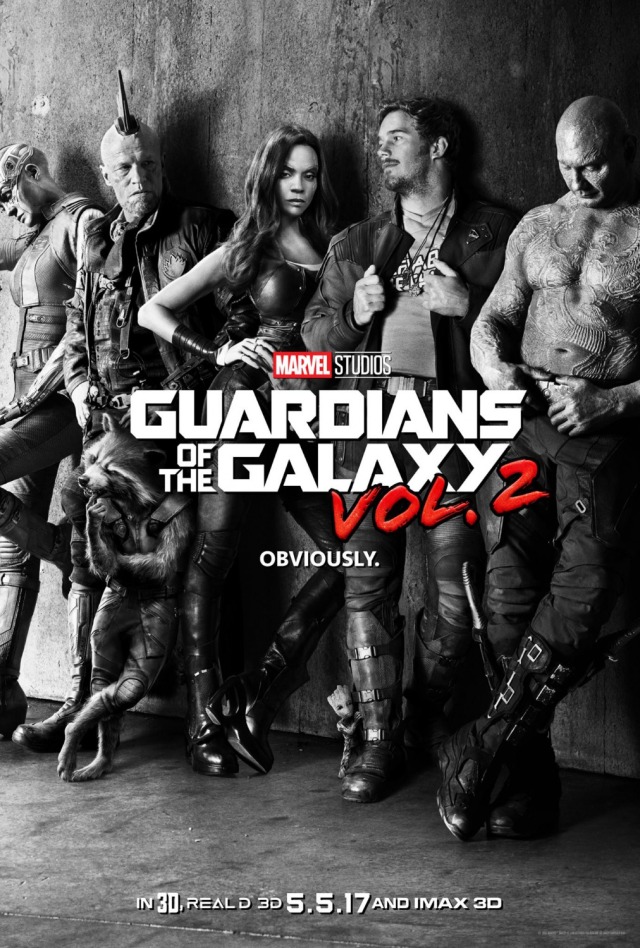 This entry was posted in Hatboy's Movie Extravaganza and tagged Guardians of the Galaxy, guardians of the galaxy vol 2, Marvel, Ooga chaga ooga ooga chaga, Star Lord. Bookmark the permalink.