I was privileged to brainstorm with my esteemed colleague Mister Fahrenheit yesterday afternoon while carpooling home. “Carpooling” is my Mister Nice Guy way of saying I drove home by the scenic route and Fahrenheit bummed a lift off me.

Anyway, among other things hardly worth mentioning, a gemstone of wisdom gleamed forth and I realised it might actually be a useful thing. It may already be a thing, but if it is, then it’s under-utilised.

Here’s the problem. Prequels are often problematic. Prequels are the new sequel, sure enough, and they sidestep the problem of the star of a popular movie getting too old, too fat, too drugged-up or simply demanding too much money to do a follow-up of a popular story. It also sidesteps the problem of the sequel re-hashing and one-upping the success-points of the original, which usually misses the mark and comes off as over-the-top, derivative, ultimately reducing both original and sequel alike. 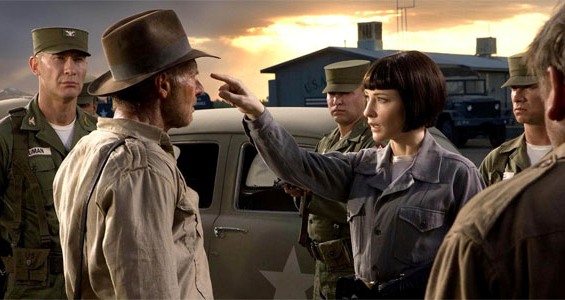 I keep telling you, I liked the movie! But it did kinda have a bit of stuff on its face, right there…

People expect sequels to be bad. I’ve come to understand that the formula tends to be that if the original film was great, the sequel will be pretty crummy and the third movie – if they make one – can consider itself a success if it is better than the second, but will only very rarely be as good as the first, let alone better.

We know this about sequels. But we also know about prequels. Prequels try to dodge the sequel traps but still get the sequel benefits. They capitalise on the popular original but don’t use the same cast, usually casting some less-popular rising star and depicting the popular characters as they were in their more callow youth stages. They have far greater chance of disappointing fans. And above all, they open the door to all sorts of continuity flaws.

And sometimes, they do that shit like a BOSS.

The same goes in writing and film-making alike, but it’s easier to see – and easier to screw up – in films. What needs to be done, which is usually impossible, is for the original story to be made not just with sequels in mind, but prequels too. And this, naturally, is easier to do with true stories or based-on-true-stories, because they’re from real life and real life has a past, present and future that hangs together. Because it has to. It’s actually easier to get it wrong when you’re making a story up.

And that’s where sprequels come in.

Your classic sprequel is more prevalent, I think, in books because there is an impracticality to it. For a movie, it would require sequel and prequel production, forcing essentially two films in budget but still only leaving you one film’s-worth of time. This is an issue for books too, since even in electronic format there’s a word / page count issue (which I disagree with, but that’s a topic for a whole other blog post), but the solution to the dilemma is fairly simple when you realise that the prequel, and the sequel, will invariably be thinner on material than the original anyway. 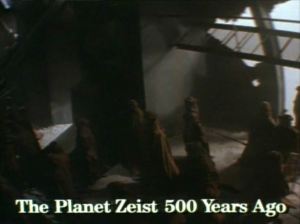 Think about it. If they’d had more meat, one of them would have been the original. Unless the whole arc is completely planned out (and despite “ZOMG they planned the whole thing meticulously” shouting about this movie trilogy or that, I don’t think many actually do this – certainly not those that have an original, followed by sequels and / or prequels), you’ve told the main story in the original film and the sequel will just be doing the original again, bigger, while the prequel will be getting you to the original with a few references for the fans thrown in. They’re inevitably fleshed out with special effects, pointless side-characters, and interrelationships that can risk breaking the continuity of the whole thing.

But with a sprequel, you don’t need to do this because you flesh out the sequel with the prequel and call it good. There are already stories that do this, flashbacking here and there around the continuity – I just want to know why it’s not more of a thing. You don’t need to use time travel or anything, just tell the two slightly-lesser stories side-by-side so they weave together.

An obvious drawback is that the sprequel would have all the risks of the sequel and the prequel combined, as well as their benefits. But the reduced need to flesh-out would, I think, also reduce the risk of continuity-breaking or original-story-one-upsmanship-ruining. It may also be that the movie or general story format, in terms of audience expectations, won’t support two half-stories in this way. It’s basically a story that comes together by tying together main-plot and flashback-plot, but with a third (the original) story somewhere in between them to lend context. I don’t think audience expectations are so narrow and weak as to make this unfeasible.

Ever seen or read one of these? I’ve read far more of them than I’ve seen, I’ll say that much. But I personally could bear to see a few more. 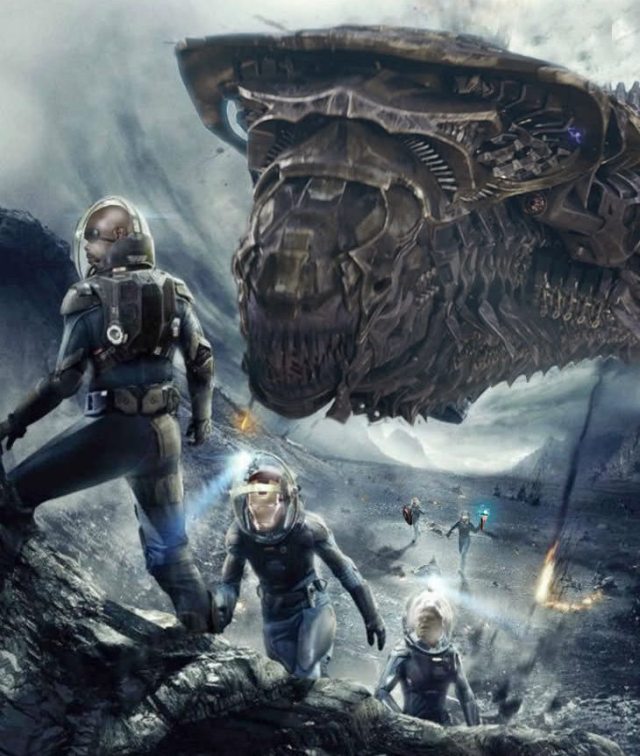 I could also bear to see this.

I’m not often driven to introspection or reflection, but the question does come up sometimes. The big question. So big, there’s just no containing it within the puny boundaries of a single set of punctuationary bookends. Who are these mysterious and unsung heroes of obscurity and shadow? What is their origin story? Do they have a prequel trilogy? What are their secret identities? What are their public identities, for that matter? What are their powers? Their abilities? Their haunted pasts and troubled futures? Their modus operandi? Where do they live anyway, and when? What do they do for a living? Do they really have these fantastical adventures, or is it a dazzlingly intellectual and overwrought metaphor? Or is it perhaps a smug and post-modern sort of metaphor? Is it a plain stupid metaphor, hedged around with thick wads of plausible deniability, a soap bubble of illusory plot dependent upon readers who don’t dare question it for fear of looking foolish? A flight of fancy, having dozed off in front of the television during an episode of something suitably spaceship-oriented? Do they have a quest, a handler, a mission statement, a department-level development objective in five stages? I am Hatboy. https://hatboy.blog/2013/12/17/metalude-who-are-creepy-and-hatboy/
View all posts by Hatboy →
This entry was posted in Hatboy's Movie Extravaganza and tagged flashback, make a better movie, narrative, plotlines, prequels, sequels, sprequels. Bookmark the permalink.